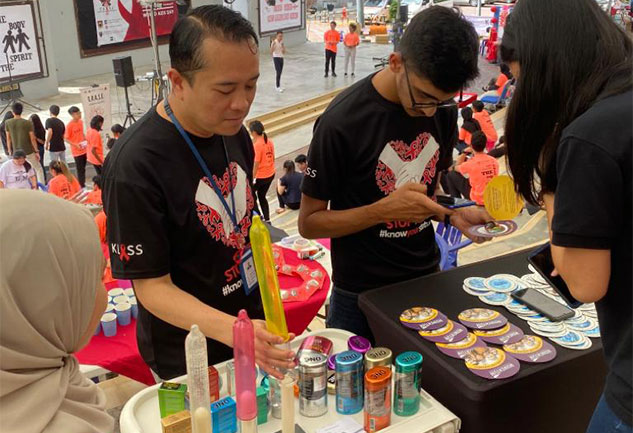 In conjunction with the World AIDS Day and HIV/AIDS Awareness month, organized by medical students of University of Malaya to raise the awareness on AIDS which was targeted towards students of University of Malaya and students from the Faculty of Medicine. The event called E.R.A.S.E. that was held on 19th December 2019 receives over 400 crowd. ONE Condoms MY® together with our counterparts namely Ilmu Seks and PT Foundation were supporting the programme by having our booth opened at Kompleks Perdana Siswa (KPS), University of Malaya. Some of the activities run by ONE Condoms MY® are the distribution of leaflets, condoms and lubricants together with condom demonstration. 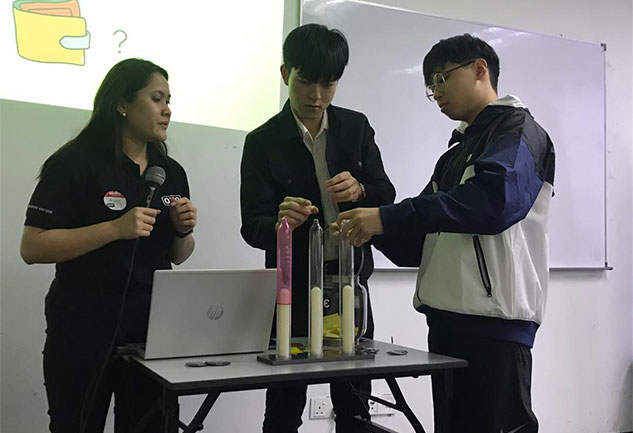